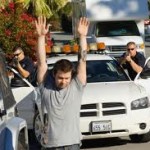 The importance of motions in Colorado Juvenile Criminal Cases cannot be understated. This article addresses a basic motion – a so called “Terry Stop” motion to suppress evidence. This motion is based on an illegal stop made by the police – including some questions to ask the police in the motion to suppress hearing.  Also included are suggestions for other kinds of juvenile case motions.

Was the juvenile arrested before or after the police stopped and frisked her?

Was he arrested pursuant to a traffic stop?

If so, refer to “Automobile Arrest Questions.”

How many were there?

Does the juvenile remember their names?

What specifically did the police find?

Did the police take anything with them?

Did they give her or anyone else a receipt?

Where is the receipt?

Was he or anyone else searched or frisked?

Did the police have a search or arrest warrant?

Was he or anyone else arrested before or after the search?

Did the police ever threaten her in any way?

Did he or anyone else say anything to the police? If so, what admissions?

Who owns the car?

If the juvenile did not own the car, had the owner given permission to the driver or passenger of the car to drive the car?

Who had permission to drive the car?

When the juvenile was arrested, was he inside the car?

Where was the car?

If the he juvenile was inside the car at the time of arrest:

Was he the driver?

Was there anyone else in the car at the time?

Who was sitting where?

What was everyone doing?

Did the juvenile have her driver’s license at the time?

How did he react to the police?

Did he try to elude the police?

Did he try to hide or get rid of anything?

Was anything in the car?  What?

Where exactly was it in the car?

If he was not in the car when arrested:

Where was he arrested in relation to the car (diagram)?

Did he leave the car before or after the police arrived?

Did the police force open the car or any part of the car?

Did they use keys? If they used keys, how did they get the keys?

Who was with the juvenile when he was arrested?

Were they also arrested? (witness information.)

Was the juvenile injured during or after arrest? (If yes, describe the perpetrators, their conduct, and the resulting injuries in detail)

Did the juvenile go to the hospital? If so, which one? For how long?

Did anyone treat the juvenile for injuries? Who?

Were there any eyewitnesses? (get witness information.)

When was the juvenile arrested (date and time)?

Where exactly was the juvenile arrested? (Diagram)

Did the police have a warrant?

What did they say they were charging him with?

What question(s) did they ask him?

What did he say in response (to each question)?

H. Michael Steinberg has been a Colorado criminal law specialist attorney for 30 years. For the First 13 years of his career, he was an Arapahoe – Douglas County District Attorney Senior  prosecutor. In 1999 he formed his own law firm for the defense of Colorado criminal cases.

In addition to handling tens of thousands of cases in the trial courts of Colorado, he has written hundreds of articles regarding the practice of Colorado criminal law and frequently provides legal analysis on radio and television, appearing on the Fox News Channel, CNN and Various National and Local Newspapers and Radio Stations.  Please call him at your convenience at 720-220-2277

If you have questions about…

… in the Denver metropolitan area and throughout Colorado, attorney H. Michael Steinberg will be pleased to answer those questions and will provide quality legal representation to those charged in Colorado adult and juvenile criminal matters… as regards Colorado Juvenile Criminal Law.